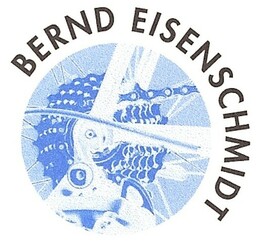 It has come to the attention of Specialized Quality Assurance and Engineering that the Brain mount used to bolt the Brain to the seat stay could crack which could cause the knob on the Brain to make contact with the wheel spokes, which could lead to a fall.

Specialized and Specialized Dealers will move as quickly as possible to replace the affected seat stays and minimize any downtime. For those who own an affected bicycle, Specialized realizes that this may cause you to lose valuable trail time, we apologize and are offering you a small token of appreciation for your patience and loyalty which will be mailed directly to you.

At Specialized, we are driven by one vision that is as simple as it is bold: Be the best cycling brand in the world. We are equally passionate about innovation and quality and will continue to stand behind our bikes and equipment.

We are working with CPSC staff on the details regarding the recall from affected bicycles with consumers. Details should be released shortly.

Hazard: The cable stop on the bicycle can loosen, which can cause the rider to lose control and fall from the bike.

authorized dealer for an approved repair, at no cost to consumer.

Consumer Contact: For additional information, contact Specialized toll-free at (877) 808-8154 between 9 a.m. and 5 p.m. MT Monday through Friday or visit the firm’s Web site at
http://www.specialized.com/us/en/bc/SBCGlobalPages.jsp?pageName=safety_recalls 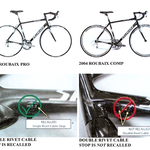 Specialized has determined that the handlebars on the bicycles could break while riding, which could lead to a fall. Specialized reported its findings to the CPSC and is working in conjunction with the CPSC on this corrective action.

Specialized Dealers have been instructed to remove all affected bicycles from the sales floors of their stores and replace the affected HL handlebars with other handlebars.

Specialized is working with CPSC staff on the details regarding the recall from affected bicycles with consumers. Details should be released shortly.

If you have any questions, please contact your local Authorized Specialized Dealer or Specialized at 1-877-808-8154 between 9 a.m. and 5 p.m. MST Monday through Friday.